Napier, the city by the sea, is renowned for its 1930s Art Deco architecture, events such as the Art Deco Weekend in February, stately Norfolk pines, surrounding wineries and local fresh produce. Supported by a Mediterranean climate and over 2,200 hours of sunshine a year this popular year-round destination boasts a vibrant cafe culture amongst the splendour of the Art Deco buildings.

Around 30 cafes are within walking distance of the central city area, while Ahuriri, just over Bluff Hill, is home to a further cluster of up market establishments. Marine Parade overlooks the Pacific Ocean and out towards Cape Kidnappers, home to the world's largest mainland gannet colony. A full day can be taken visiting Ocean Spa hot pools and swimming complex, the Hawke's Bay Museum and the National Aquarium of New Zealand.

A landmark of Napier is Bluff Hill, which is home for many Napier residents and provides views of the town,  beaches of Perfume Point and Westshore and out towards Whirinaki. Bluff Hill also overlooks the Port of Napier, one of New Zealand's busiest ports, transporting timber, local fruit and meat products to worldwide destinations.

In 1931, New Zealand's greatest natural disaster struck Hawke's Bay. At 10.47am on Tuesday February 3rd, an earthquake of magnitude Richter 7.8 struck. In a minute and a half, in two separate shocks, the centre of Napier was almost totally destroyed. Fires quickly broke out and reduced to ashes or gutted what the tremors had left standing. Damage in Hastings was also devastating, although the fires were contained. Wairoa and the smaller towns to the south as far as Dannevirke were affected. There were 258 deaths - 162 in Napier, 93 in Hastings and 3 in Wairoa along with many injuries. The reconstruction of Napier and Hastings were costly but the benefit was two modern cities and the Ahuriri Lagoon, or Inner Harbour as it was usually known, was raised over 2 metres, creating the land, which Napier desperately needed to expand.

This 2 1/2 hour tour takes in all the history, from early settlement, through to the huge 1931 earthquake and the rebuilding of the City to the Art Deco Capital of the World to what it is today. You also visit the historic area of Ahuriri, National Tobacco Building and the famous Mission Estate Winery. As you return to Napier City, you will also tour an Art Deco Housing Estate. Experience many stops for photos from lookouts to famous landmarks etc. This is a compact tour, it is really for those that are spending the one night here in Napier and still wish to see the City highlights.

Drive along the scenic coast from Napier to Te Awanga and join Gannet Safaris Overland and the world's largest, most accessible gannet colony at Cape Kidnappers. Gannet Safaris has been guiding visitors over Cape Kidnappers for over 35 years and their safaris are the only way to be driven right to within a few feet of these remarkable birds. You will travel in comfort in air conditioned 4 x 4 wheeled vehicles, through Cape Kidnappers Station - traversing riverbeds, broad rolling pastures, through stands of native bush, steep gullies and breath-taking inclines. There is a stop on the way at a spectacular cliff top with panoramic views of Hawke Bay right across to Mahia peninsular. The 36km, three hour trip includes a commentary by your tour guide / driver on the farming operation on Cape Kidnappers Station and an introduction to the gannets. On arrival at the gannets you can stretch your legs and take in the scenery from your position at the brink of the cliffs edge - 100 metres above the ocean!

Join Hawkes Bay Scenic Tours for a journey of architectural and historical discovery in the Art Deco Capital of the world. Your knowledgeable local guide will share the heritage and history of this unique Art Deco city, explaining the devastating natural disaster that led to the city's magnificent appearance. As well as exploring the famous, including the National Tobacco Building, you'll also see the hidden architectural gems, beautiful public gardens, and New Zealand's oldest winery. This is a great introduction to this remarkable city.

Experience Napier's fascinating heritage created by the dramatic story of this city's rebirth in the vibrant 1930s. In February 1931, Napier was levelled by earthquake and fire but was rebuilt in the depths of the Great Depression in just two years. Nowhere else in the world can you see such a concentration of buildings in the styles of the 1930s: Art Deco, Spanish Mission, and Stripped Classical.

The elegantly restored historic seminary building provides a stunning location for the unique, award-winning Mission Restaurant. Nestled in the Taradale hills, enjoy sweeping views of Napier city and the coast beyond. With only the freshest local produce used, the style of cuisine is contemporary fine dining with a European influence.

Visit up to 4 fine wineries in a privately guided cycle tour. Enjoy cycling on some stunning, off road, limestone trails following the Tuki Tuki River and the coast. Your cycle starts at Black Barn Vineyard where you can visit the 'We Love Local' gourmet food store as well as tasting the wines and viewing the amphitheatre and market site which make Black Barn unique. A short ride will then take you to Te Mata Estate winery before joining the Landscapes Trail for a scenic, off road cycle to the coast through stunning orchard and vineyard country following the Tuki Tuki River. On arrival in the coastal village of Haumoana enjoy visits to the rustic Beach House winery, Elephant Hill Estate, Clearview Estate and Te Awanga Estate. Lunch is available at either Elephant Hill or Clearview (own expense) before your return transfer to your accommodation.

New Zealand's largest display of aquatic life and unique New Zealand wildlife, including sharks, stingrays, living coral, kiwi, tuatara and a huge range of fish species.  An underwater travelator takes you beneath the massive oceanarium as hundreds of fish swim and feed above and around you. Almost within touching distance are kiwi foraging on the forest floor of their enclosure and tuatara, the unique New Zealand lizard considered a living dinosaur found only in islands off the New Zealand mainland. There is also the opportunity to swim with the sharks and other amazing marine life in the oceanarium.

A tour designed for those who are looking for a more intimate experience of renowned Hawke's Bay wineries. Learn about the local yield and the region's long viticultural history, and indulge in a two course gourmet lunch. Taste classic varieties such as Shiraz, Merlot, Cabernet Sauvignon, Pinot Gris Viognier, Semillon and Riesling. There will also be an opportunity to taste sherry, port and dessert reds.

The Silky Oak Chocolate Co Ltd is a 100% New Zealand owned family business, with a proud reputation for producing exquisite handmade couverture (real) chocolates, using traditional methods. Silky Oak's handcrafted chocolate range has something for everyone and the Triple Chocolate Temptation tour is the best way to fully experience and appreciated these delights. Your guide will first explain chocolate making process at the factory, before accompanying you through the Chocolate Museum covering 3,000 years of chocolate history.  The museum tells the story of a food whose past is as rich as its flavour, bought to life with colourfully illustrated texts, life sized tableaux, and a huge collection of chocolate paraphernalia, including a 2,500 year old Mayan Chocolate pot.  You then get to sample the fabulous chocolate being produced here, including a chocolate drink (or tea/coffee), chocolate muffin/ slice, served with liquid chocolate and cream at our Café, you'll also enjoy a take home gift, chocolate of course.

Walking tracks in and around Hawkes Bay

Tangoio Falls Scenic Reserve Tracks
Discover Te Ana or Tangoio Falls on a short, easy walk suitable for kids, or take a longer walk through native bush on the Tangoio Walkway. .
Distance: 2 - 4.4 km one way. Completion Time: 30 minutes to 2 hours depending on which track you choose.

Ahuriri Estuary
View a community of wading birds, fish, mud dwellers and aquatic plant life from the estuary track and boardwalk. Over 70 species of resident and migratory waterbirds use the estuary as a feeding and resting area.
Distance: 2.8 km one way. Completion Time: 1 hour.

Lake Tūtira
There are two main walks at Lake Tūtira, a short walk along the edge of the lake or a longer loop through the reserve. Both offer great views of the lake as well as native and introduced plant species.
Distance: 1.3 km - 5.4 km. Completion Time: 40 minutes - 1 hours 15 minutes.

Cape Kidnappers/Te Kauwae-a-Māui Walking Track
Follow the beach from Clifton to Cape Kidnappers/Te Kauwae-a-Māui alongside cliffs that show fragmented fault and tilt lines, recording the gradual rise of New Zealand. Black Reef is the first gannet nesting site, 7.5 km from Clifton. A 1 km climb takes you from the shelter on the beach to a benched area on the hill where you can view the second colony, and spectacular views of Hawke's Bay.
Distance: 19 km loop. Completion Time: 5 hour return.

Check out our travel blogs here

Get inspired with stories and advice on visiting New Zealand.

Our team of New Zealand specialists can help you create the perfect touring itinerary. Whether you want to explore the South Island on a self drive holiday or the North Island on an escorted coach tour package we can design or recommend the best options. We have a huge range of accommodation ideas to suit everyone and our first hand experience of destinations and activities means that we can give the best, most up to date honest advice. 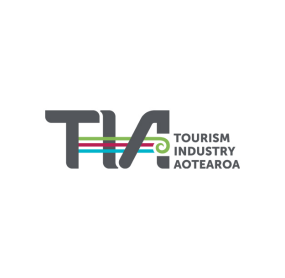 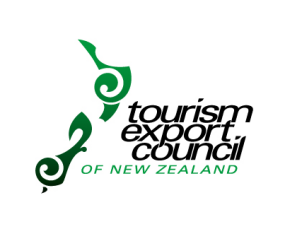 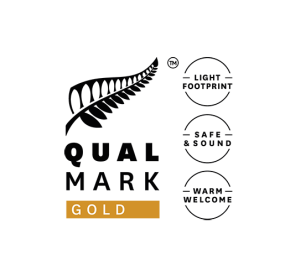 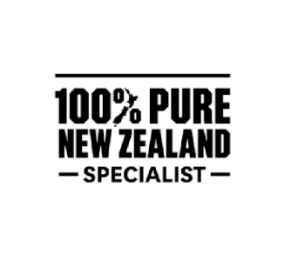