Waiheke Island is the most visited island in the Hauraki Gulf. Only a 45-minute ferry ride from Auckland City and you will find yourself standing at Matiatia Wharf, set to enjoy a multitude of diverse attractions. The island is home to around 7,000 people but during the summer weekends there can be as many as 35,000 people enjoying the vineyards, restaurants, cafes, arts and idyllic scenery.

Among the 30 boutique wineries or vineyards on the island, Mudbrick, Goldwater Estate, Cable Bay, Stoneyridge, and Tantalus are some of the best known, and for good reason! In saying that, we highly recommend trying to head out to the end of the road and tasting the wines at the Man O’ War Vineyard as well. If you are interested in organic wineries, Awaroa is the most awarded small vineyard (less than 5 hectares) on the Island and also has a small olive orchard producing organic olive oil.

When it comes to its wines, Waiheke Island is known for Cabernet Sauvignon, Merlot, Malbec, and Cabernet Franc varieties, particularly blends. Despite not being very large, Waiheke exhibits a number of microclimates leading to a variety of grapes thriving here. Read on to learn more about the wineries listed above!

Goldwater Estate - Founded in 1978 by Kim & Jeanette Goldwater, Goldie is Waiheke Island's oldest winery. Like the majority of other wineries on Waiheke, they specialise in a number of red grape varieties, including Cabernet Sauvignon, Merlot, Cabernet Franc, Syrah, as well as Chardonnay and Viognier.
Goldie Estate is also home to the University of Auckland’s Wine Science Centre, a unique opportunity for students to be immersed in a fully operational winery. With wine tastings at only $15 per person, they offer fantastic value; it is important to note that their cellar door is open at limited times or by private appointment, so it is worth checking before you arrive.

Stonyridge - Stonyridge produces both wines and olives. They planted their first olive trees in 1982, making them the oldest commercial olive grove in New Zealand. Fast-forward a few years and they were producing some of the first and best Bordeaux blends in the country. In 1987, they produced the Larose, garnering international attention and accolades and being named the greatest red wine New Zealand had ever made.
Today it is considered one of the Top 10 Must-Visit Wineries in the World by the Guardian UK and is likely the most famous winery on Waiheke Island. Private tours and tastings are available but these must be pre-booked.

Tantalus - Sitting in the heart of the Onetangi Valley, Tantalus sits in prime grape-growing terrain. Since 2013, Tantalus has reinvented itself, both in the wines and beers they produce and in the landscapes that surround them.
A conscious effort has been put into replanting native species and restoring wetlands. It is within walking distance of a number of other wineries so you can make a lovely day of exploring the Onetangi Valley. Even the lowly beer drinker will be happy with a trip to Tantalus as onsite because, in addition to the winery, they also have a craft brewery!

Mudbrick - Mudbrick is one of the island’s well-known wineries. Their journey began in 1992, Robyn & Nicholas Jones purchased a lifestyle block on Waiheke, as they were looking for an escape from the rat race in corporate Auckland. Thirty years later, Mudbrick has grown into the vision they had and continues to flourish under their ownership today.
Mudbrick specialises in Merlot, Chardonnay, Cabernet Sauvignon, and Syrah. Their Provence-style restaurant is built from Mudbrick, known for its ability to maintain a constant temperature (not varying more than 1 degree) in a 24-hour period, allowing for a perfect setting to age and store wine.
Whether you are there for lunch, taking in the stunning panoramic views of the Hauraki Gulf, or spellbound by the sparkling city lights of Auckland while indulging in a sensational dinner, this iconic Waiheke Island winery and restaurant will tick all the boxes. Open 7 days a week, all year-round.

Awaroa - This most-awarded small vineyard on Waiheke Island has plenty to celebrate. If you enjoy Syrahs, they are one of the top two producers on the island, so make a point of stopping in and tasting one of their award-winning reserves.
Awaroa has a fantastic story, operating as a cooperative enterprise and formed by 6 partners. They all share a common goal of driving a commercial, organic enterprise while giving back to the land and protecting its ecosystems. They use sustainable and organic practices and the majority of the work is done by hand. Offering excellent quality at moderate prices, Awaroa is the product of a labour of love, a shared vision, and a commitment to sustainability.

Cable Bay - Located on the west coast of Waiheke Island, Cable Bay offers more than just a winery. Their onsite vineyards, olive grove, cellar door, restaurants (2), and expansive lawn area offer spectacular views and are just some of the things that make it shine. Established in 1998, they have made waves since their inception, winning a gold medal at the prestigious International Wine Challenge in 2002 with their very first vintage.
Today, they are one of Waiheke’s most well-known wineries. Be sure to make a reservation at the Bistro if you’re thinking of having a meal. How better to experience what this place is about than by enjoying a delicious meal made from seasonal, organic produce coming from their on-site garden. Don't forget to sip on some of their exceptional wines of course!

Man O’ War - This gem at the end of the road is one of our favourites. Although known, like many other Waiheke Island vineyards, for its signature Bordeaux Blends, Man O’ War also produces a Sauvignon Blanc, a Pinot Gris and a stunning Rosé. It is a 4,500-hectare farm with a private beach and with their tasting room on the water, it is the only beachfront tasting spot in the country!
The land, culture and inspiration of this sensational venue are steeped in history. Reservations are recommended prior to the day of arrival, whether for a wine tasting or if you’re looking to experience the Winemaker’s Long Lunch.

We truly believe that Waiheke is up there with one of the best places to visit, not only in New Zealand, but in the world - we hope you enjoy the location as much as we do! 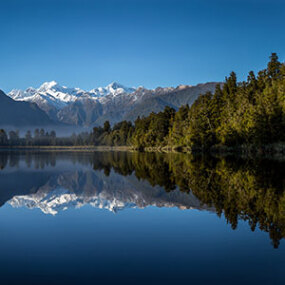 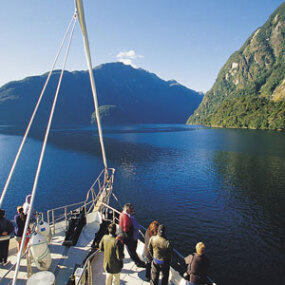 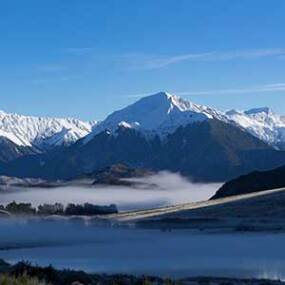 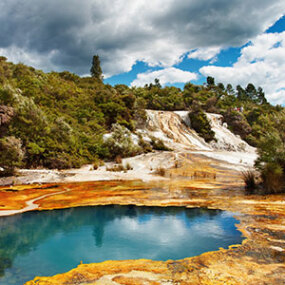