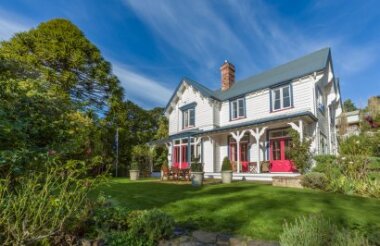 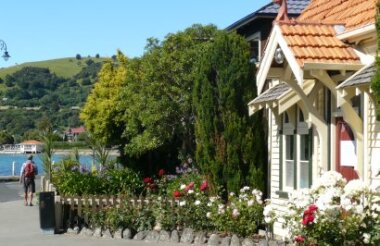 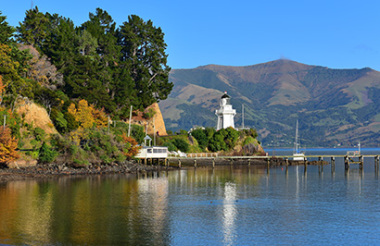 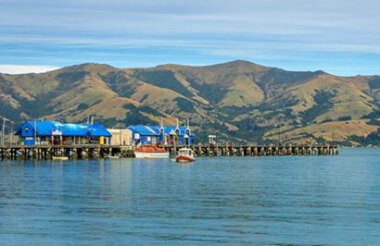 The Banks Peninsula lies just around 1 hour from Christchurch city centre. Formed by ancient volcanic eruptions the regions first settlers were Maori who recognised its potential for shelter and food. The sealers and whalers followed them and European colonists founded and settled Akaroa, Little River and Lyttelton and many of the Peninsula's other bays. Abounding with wildlife and history it's a great place to spend the day exploring.

The jewel is Akaroa which lies just over 70 kilometres from central Christchurch and the drive to this picturesque harbour town is a wonderful experience in itself as it can either take you via the port of Lyttelton and along the bays or over the Summit Road of the Port Hills.

The well-signposted tourist routes will guide you on a loop around the peninsula and through some spectacular and rugged farmland scenery. As you approach the small settlement of Duvauchelle you are greeted by New Zealand's oldest hotel.

The town of Akaroa has rather a French feel with many flags flying and cottages and streets with distinctly non-kiwi names. The reason being that 63 Frenchmen arrived here to settle the Banks Peninsular under the French Flag only to find the British had beaten them by 5 days. Their influence on architecture combined with a Victorian seaside feel make the town a delightful place to spend an afternoon. There are many activities such as nature cruises and swimming with dolphins.